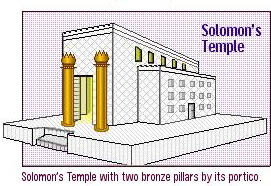 The sea, on the other hand, should be familiar to all Latter-day Saints.  We don’t know exactly what Solomon’s looked like but it may have very similar to the baptismal fonts in modern day temples. 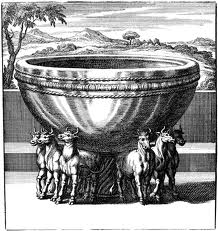